Some notes about the tune books found in Shropshire

The manuscripts are four handwritten books, dated between 1801 and 1837. They were compiled by members of the Hughes family, from Ash, near Whitchurch, Shropshire.

The four books bearing the signatures of John Jones, Richard Hughes, James Blackshaw and Albert John Hughes were owned by a descendant, another Richard Hughes. A fiddle, two flutes and a clarinet, were also found along with the books. All four musicians came from farming backgrounds. We believe that Hughes and Blackshaw were associated with Ash village church band. 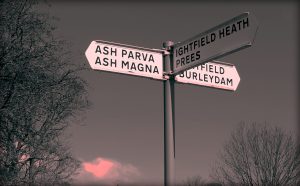 From Mr Hughes’ (the later) family tree, John Jones is related to the Hughes family as the father of Mr Hughes’ grandfather’s grandmother. His tune book is the earliest of the collection and the style reflects an earlier period accordingly. He includes one or two songs, usually with only the first line or verse. There are 128 tunes in his book.

James Blackshaw was a clarinet player and farmed Ash Fields. According to Mr Hughes’ family history, he played at the inauguration of Ash Church in 1837, and  would almost certainly have known John Clews. His tune book contains some 120 tunes of wide ranging style, including quadrilles, quick steps, and some tunes with titles referring to local places. His daughter Sarah married the later Mr Hughes’ Grandfather in 1870.

Richard Hughes was the uncle of the later Mr.Richard Hughes’ grandfather and was a fiddle player. His collection of 168 tunes was commenced in 1823, when he would have been 14 years old, and contains some very fine hornpipes, reels and other dance tunes.

Albert Hughes was the uncle of the later Mr Hughes and was born in 1886. Mr Hughes believed the work to be earlier, and that it is probably the work of Richard Hughes. If so, it is likely that the contents represented a separate repertoire that was used for dance purposes. Two of the 31 tunes (which include several quadrille sets) have dance instructions written below the stave.

Mr.Hughes died in 2015? and his house sold. The books along with the musical instruments disappeared during house clearance. It was thought this might be the end of the story, but in 2017 local musician, Moira Bracknell bid for and won a job lot of old music books and instruments from a sale in Cheshire. By complete chance she had three of the books ( John Jones, Richard Hughes and James Blackshaw ) plus the missing instruments. 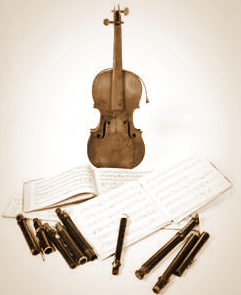 The Clews manuscript, together with two handwritten books of hymns and psalms, was discovered during a clear out of a farm loft at Stoke upon Tern. The owner of the farm was the grandfather of Mr John Hardy of Audlem, Cheshire. John, a fiddler and farmer himself, tells us that Clews worked at the Stoke farm as a labourer.

The book contains 44 tunes, a number of which are unusual in being arranged for two or three players. Not many of the tunes are associated specifically with dancing, although a few minuets are included, and towards the end of the book the content has a Scottish influence.

All the tunes found in the John Jones, James Blackshaw, Richard Hughes, Albert John Hughes and John Clews manuscripts are available to download in abc format at The Village Music Project website.

John Moore was born in Wellington in 1819, he produced three tune books, two containing popular dance tunes and the third, a selection of sacred music. They can be accessed online at The Vaughan Williams Library, Cecil Sharp House

William Titley lived in Pave Lane, near Newport, he played flute, piccolo and fiddle. His book contains mostly Polkas and Schottisches which became very popular in the second half of the Nineteenth Century.

His manuscript book is owned by Brian Tomkinson who writes:

“The following pages of music are a complete copy of a manuscript book, which I was given by my late uncle Mr Joe Evans of Bromstead near Newport, Shropshire. The book belonged to his grandfather Mr W. Titley who was an accomplished musician and it records in his own hand writing the music played by him in the area in the mid to late 1800’s. The 1891 census records William Titley, aged 62, was at the time resident at the Plough Inn, Bromstead and his occupation was given as carpenter, farmer, and beer house keeper. This information confirms stories that I heard from family members that Mr Titley worked on local estates as a carpenter and that his musical talent was such that a pony and trap would be sent from as far a field as Shrewsbury to take him to play at hunt balls etc.